I absolutely love being an Albuquerque Family Portrait Photographer. There is nothing more satisfying that a family reaching out year after year. The words, “Its that time year again!” is so humbling. There are so many photographers, and so many friends with cameras these days, that I know how important it is to provide the best service to my new and returning clients. I cherish you so much.

This family is no different. I have photographing them since baby’s first photos. I have been able to see her grow. Last year she was so beautiful in her first birthday and cake smash photos. This year she turns 2. Her parents wanted her to exist in photos with her grandmothers and great grandmothers. This to me is so telling. As an Albuquerque Family Portrait Photographer, I urge and beg my family, friends, clients, to exist in photos. Why? Because the photos are not for us. They are for our little ones. She was able to take a photo where she is the fourth generation on her mothers side. How beautiful is that? I would wish for nothing more than to have a photo with my grandma and mom. So, for my daughter, this year, we took a photos with my mom. 3 generations in one photo. I know she will love it forever. 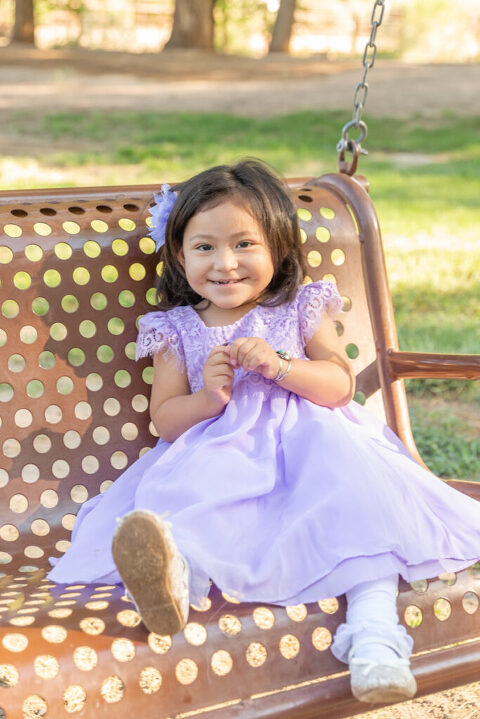 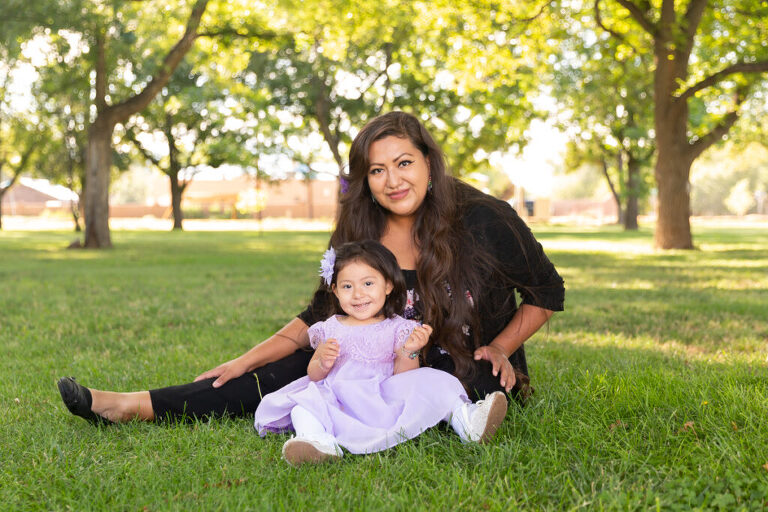 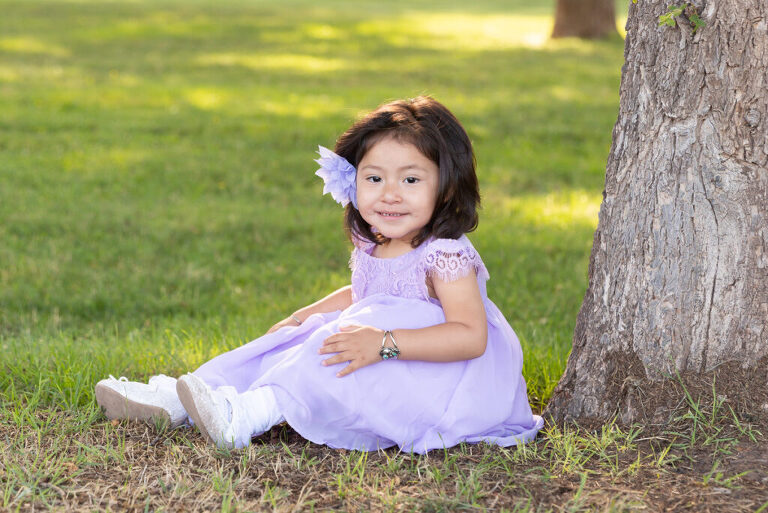 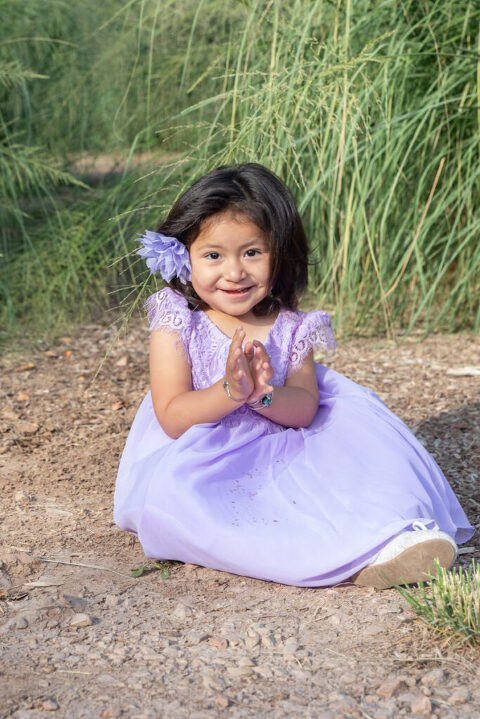 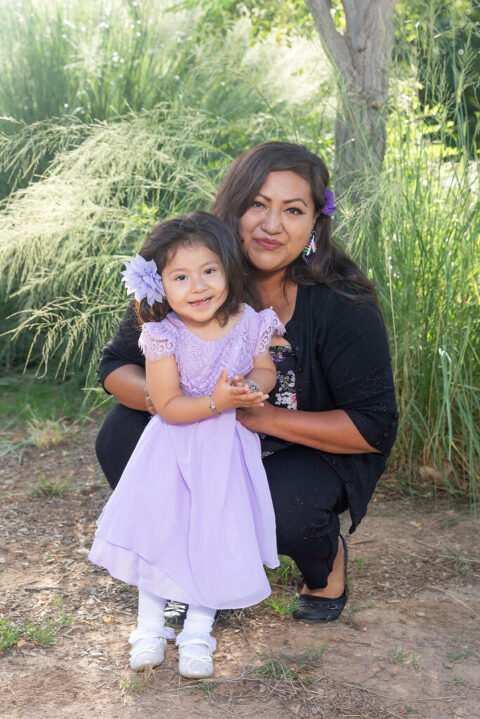 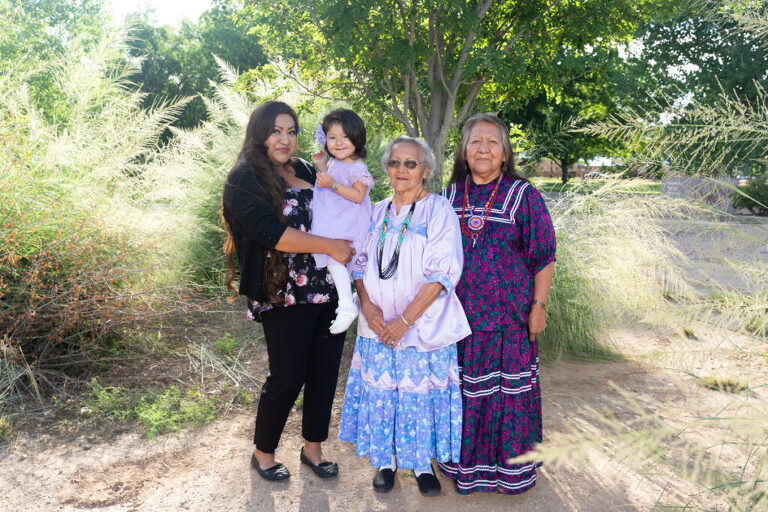 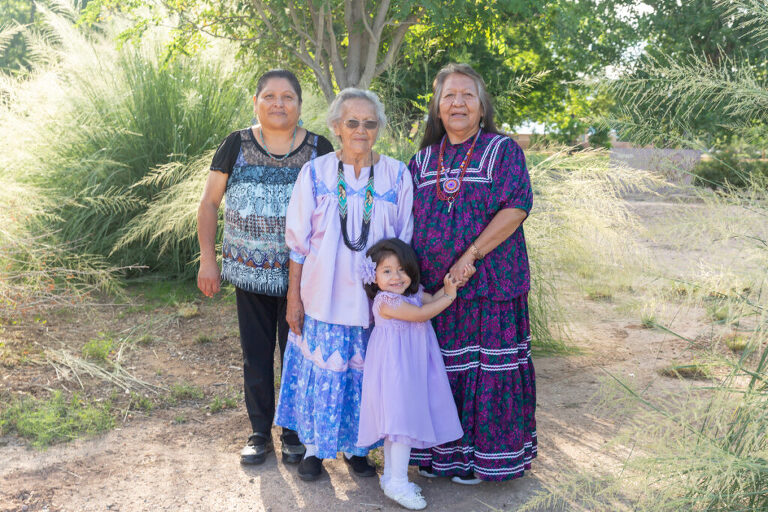 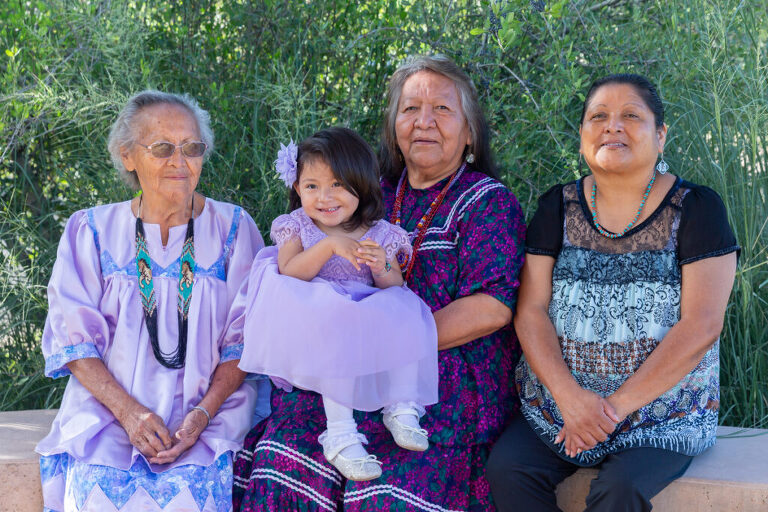 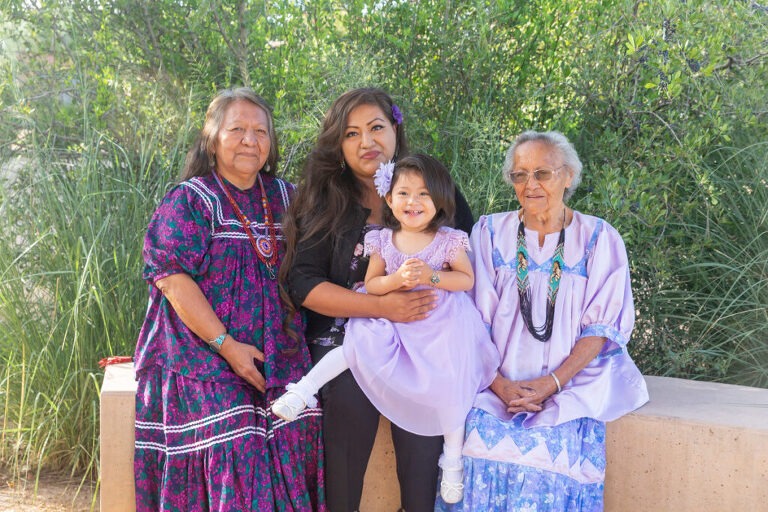 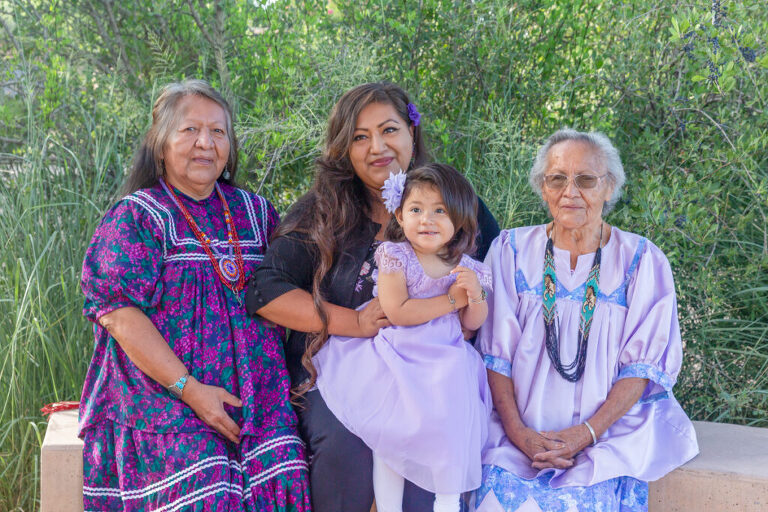 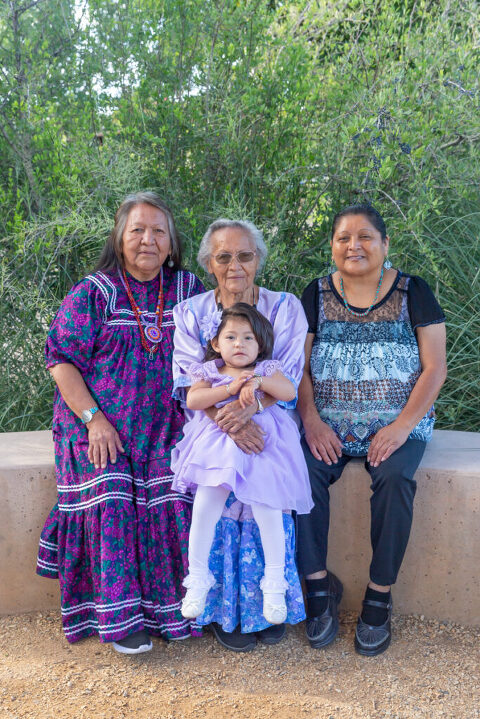 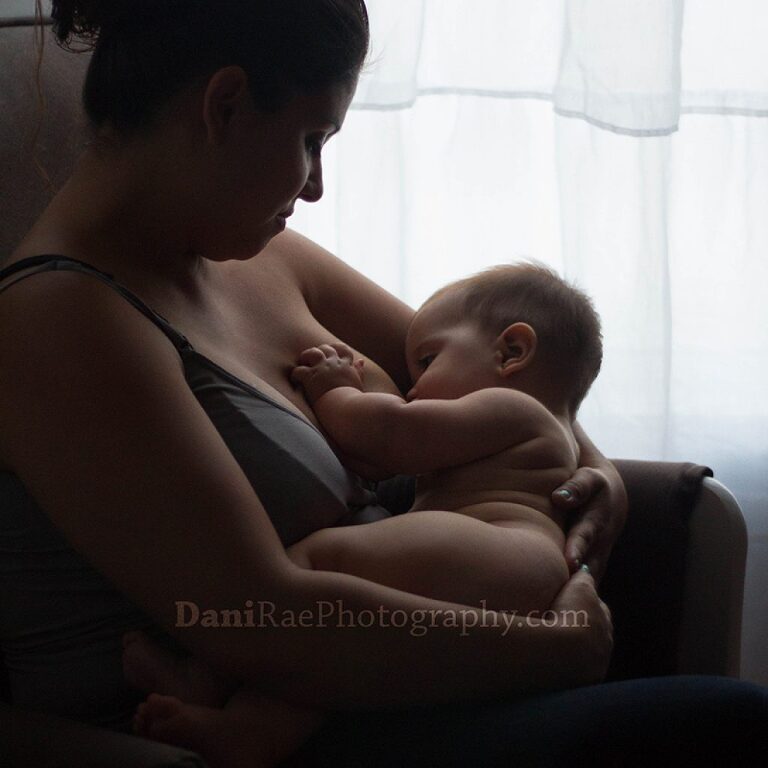 I am an Albuquerque Baby Photographer | Breastfeeding is something I certainly advocate for. August is Breastfeeding awareness month. Let’s celebrate, However, I moreso travel the line of: Fed is Best.

I am about about 4 years past since the last time I breastfed one of my little ones. You can read the post from back then as well if you’d like.

During that season of my life, I felt such an immense amount of stress and pressure to breastfeed. And even moreso, to make it to the one year mark. I have two thriving children now and all I can say is I wish I wasn’t so hard on myself back then.

My oldest and I had such a rough start. Milk took its time to come in, so and she didn’t want to suck with no reward. My lactation consultant had me thread a tiny tube from formula to my nipple to help her achieve reward. Brilliant, but then I felt like when my milk did come it still something was off.

I resorted to breast shields, because who knew inverted nipples was a thing. I sure as heck didn’t. Stressing from milk supply, to mastitis, to D-Mer,  the added stress of pumping while at work. You name it me and my little one went through it.

With my second baby, I was much more prepared, but the same struggles were had. Eventually around 6 months I began supplementing formula and by the year mark was truly only breastfeeding 1 time a day.

I am certainly proud of mine, my husbands support and my littles ones efforts in keeping our goal the best we could. However, looking back, and this far gone from that season in my life, I wish I would have offered myself some more grace. It would have saved  a lot of stress and even more tears.

So as an Albuquerque Baby Photographer | Breastfeeding, I definitely feel it is important, but when my client ask me directly, I encourage but end with Fed Is Best!

My focus is Albuquerque Newborn Photography | Doctor Vs Midwife is a fun personal story I like to tell.

If you are looking for a factual medical response, you should read this.

This one is hard for me because I always want to add Nurses to the equation. I feel like they are just as important if not more important in your quest to make a decision, but I am pretty sure you don’t get to choose those.

With my first born, I insisted on having a doctor deliver and making sure I was at the hospital. How am I supposed to know if anything would go wrong, and if it did I wanted to make sure I was already at the hospital for immediate care to me or my newest 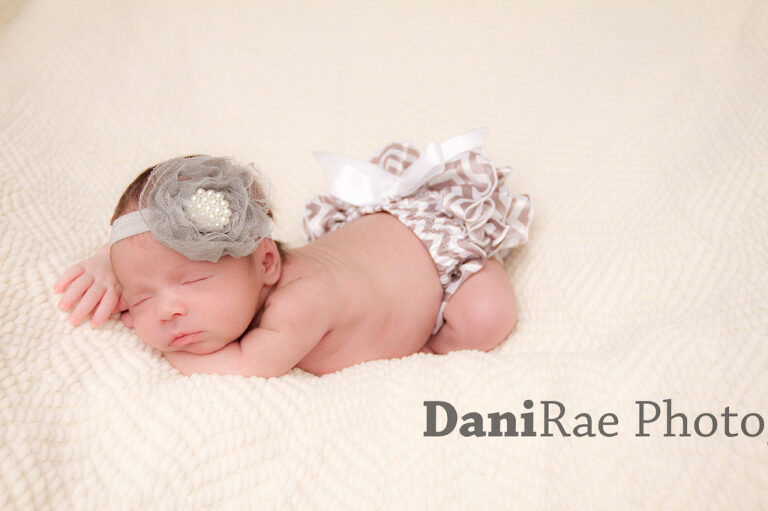 little one. The entry to the hospital, if you follow my blog, you know that it was not a welcome one. More of a deflating, birth plan out the window internal type of failure.

I felt like upon entering the building the staff was not ready to wait my 22 hours it took for labor. They wanted me to get the epidural and not bother them. I know that is over exaggerating but with hormones raging that was all I felt. Now I will say that the nurses in my delivery room were a little better on helping me through it. The doctor came in the last 10-15 minutes, maybe. He arrived at 1:50 am to catch that baby and was out by 2:15 am.

However in in that tiny amount of time, he was the best cheerleader I had on staff that day. I honestly was so happy he was there in those moments. My little one had to go to the NICU for a little care, and I waited what seemed like forever to move to a new room and finally hold and feed my baby.

I say these things because upon labor and deliver classes, books, etc there are not many mentions of what may happen that is not according the plan. Everything is not according to plan, so why is there such a stringent play by play of the plan?

With my second baby, I had a scheduled induction. However, when I walked in the amazing actually asked me my birth plan. I replied skeptical that I could have the baby naturally since I was unable to do it the first time, but that that was what I wanted. And their 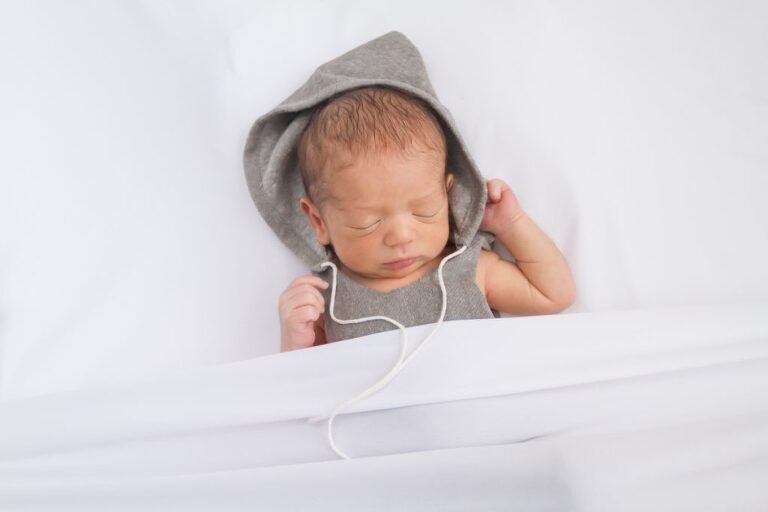 response was, you can do it. If that is what you want we will help you get there. A few hours in I am holding strong, and my midwife, or midwife comes in to check on me.

What? A Midwife? But I am at the hospital, where is my doctor. Apparently, I did not do my homework because the doctors do not deliver unless they are needed. Well too late now. Especially because she said I was ready to deliver very soon. She stayed with me throughout the walking, cradling over, water bath, walking, bouncy balling, you name it. She cheered me on, she gave me strength, and power I didn’t even know I had. I had never met this woman in my life. And guess what, I did it.

So as an Albuquerque Newborn Photography | Doctor Vs Midwife, looking back with this information that I know now, I would hands down go with a midwife, especially if it was at a hospital. LOL.

As an Albuquerque Newborn Photographer | Postpartum Depression is always top of mind. I say this because I have had two beautiful, healthy babies, but I went through it with my first. However, I didn’t fully accept it until my I had my second.

With my first baby everything was new. I had no idea what I doing, just wingin’ it wholeheartedly. I felt like it was a domino affect from the onset.

3 am contractions but turned away because I wasn’t dilated enough. At 6 am, I was able to be admitted. The birthplan was set: no meds, all natural. Pain is excruciating, but I can do this. Immediately after being admitted the nurse tells me if you can’t handle this than you aren’t going to be able to do it without an epidural. Mindset Thrown!

22 hours, 2 epidurals and a transverse little one later, I had my first child. Due to meconium at birth she had to go to NICU for a short time, but I got hold her sometime later. My nurses strongly encouraged formula on her in the nursery, but I was too exhausted to argue. I wanted to breastfeed her solely. That is what you are supposed to do right? So many expectations are put on new moms. That failure alone felt debilitating. 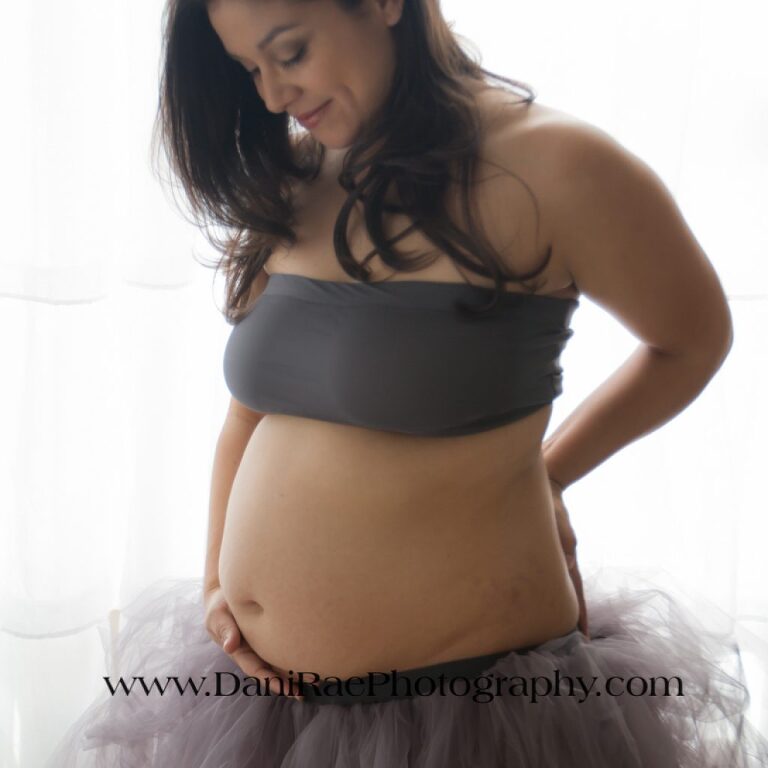 My hormones were insane. When I finally was able to breastfeed, it was not something we just picked up. My little one and I was continually working on it, the entire year to follow. We tried everything. You name it. We didn’t give up. And she was always a healthy thriving baby, thank goodness.

Throughout my breastfeeding, however, especially in the first 6 months, I found that I had D-Mer (depression or other negative emotions during let-down). It wasn’t until I spoke to my sister who is a nurse that this was even a thing. I would cry so much during let down, multiple times a day.

This melded into the rest of my days. I would cry and sit in a confused state just constantly questioning my presents in this life. Not in a suicidal way, but actually asking myself, do I exist in this world. I know that is very odd. Mostly I felt like I would get consumed in a void. Thankfully, I was able to confide in my husband each step of the way. He always feels like he journeyed through breastfeeding with me. That is okay with me, because I didn’t ever feel alone in it, which is amazing. I was able to make it out of this season of my life.

It wasn’t until the birth of my second child did I fully accept that I had postpartum depression. Labor was amazing. My nurses and doula came in, had my birthplan and said YOU CAN DO THIS. And they helped me do it! I have nothing more to say but that I was induced, due to gestational diabetes, and I had me new baby within 5 hours. He was able to breastfeed immediately.

Now I cried this time too, but because I was in a blissful state. I felt like superwoman. Looking back from my first, I should have felt the same way, but my mind told me I did so many things wrong. Are you crazy woman? No matter how you do it. You gave birth to a BABY. No easy task. A couple DAYS following, I was up and taking my kids to the park. The first, I felt hit by a truck for weeks.

This 180 opened my eyes to the truth. I had postpartum depression. I think everyone knew around me, but didn’t want to talk about it. Luckily the people I hold close, did allow me to talk about it. And I am so thankful they did because it was a such a rough time. Remember new mothers, you are going to be okay. Be Vocal, make sure you say how you feel. Don’t be afraid to ask for help. You got this!

So, as an Albuquerque Newborn Photographer | Postpartum Depression resonates with me. I pay attention to the new mamas that come to me. I listen, I know your life is crazy, hormones are crazy. You will feel comfortable with me. I have been there, good and bad. Come and rest, while a photographer you newborn. I want you to rest. You ARE superwoman!

You can find more information regarding postpartum depression vs. baby blues, and what to do if you feel you may be experiencing it here. 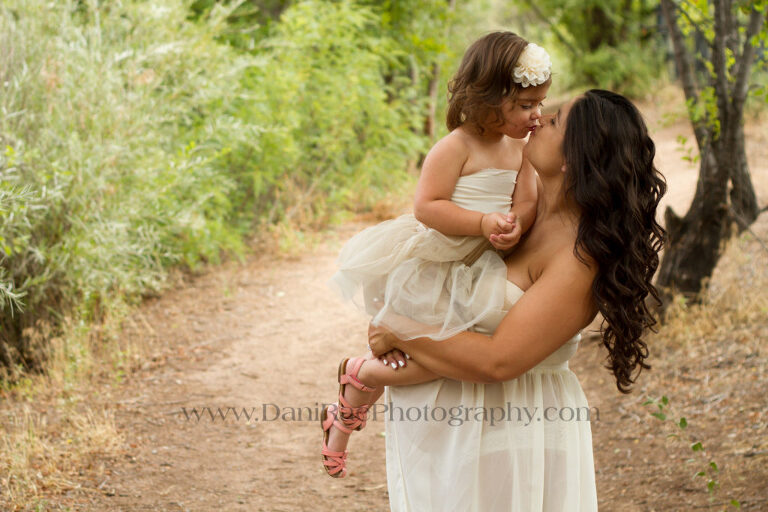